For many reasons, school bus accident cases are complex in nature. This is because of the fact that many parties could be held responsible for your child’s injuries.

The cause of a vast majority of the bus accidents can be attributed to the negligence of the bus driver. Some examples of driver’s negligent behaviour include ignoring traffic signs and lights, speeding, talking on the cell phone while driving, and being intoxicated while driving.

If your child’s school bus meets with an accident because of the driver’s negligence, then he/she could be held responsible. The legal doctrine allows even the employer of the bus driver can be held liable in such a situation.

Defective parts of the bus can also lead to accidents. The driver may not be at fault, but the manufacturer of the defective may be responsible.

Further, drivers of other vehicles on the road may be held liable in case of a school bus accident. Irrespective of which party is held liable, the responsibility of compensating the accident victim for the injuries sustained by him/her lies with them.

This means the liable party has to compensate the accident victim for the medical expenses, pain and suffering, and lost wages. 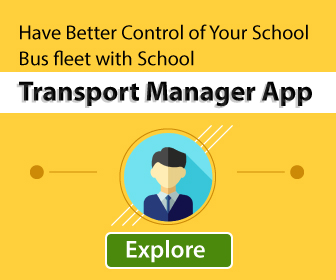 However, sovereign immunity laws protect school districts as they are government bodies. In spite of the laws, the school districts can be held liable in school bus accident injury cases but the process involved is very different compared to the standard process of filing personal injury claims.

In this situation, the accident victim should file a claim against the school district instead of an insurance company. Further, the claim must be filed within a period of six months from the accident date.

Moreover, the claim should include contact information, specific accident information, a brief as to what actually happened, and the amount being claimed as compensation. It is always better to get an attorney to prepare the claim.

Read Also : How to Deal With School Bus Accident

Commonly another driver is held liable in school bus accidents. The handling of such cases is much easier compared to those involved in manufacturers or school districts.

Typically, the responsibility of compensating the victims for injuries sustained by them rests with the driver’s insurance company. However, the victim should prove that the policyholder is the culprit.

An attorney experienced in dealing with personal injury cases can help you by gathering evidence to prove that the driver is at fault.

Your attorney will also negotiate with the driver’s insurance company as such cases are most often settled outside the court through negotiations. If the insurance provider rejects negotiations, the attorney might take the case to the court.

If a school bus accident happens because of a defective part, then the manufacturer is held liable. Product liability claims are complex in nature and it is highly recommended that you work with an experienced and professional personal injury attorney when filing such claims.

The attorney you are working with will conduct investigations and consult experts to provide evidence that the school bus had a defective part.

He/she will also present evidence to prove that the accident was caused by the defective part. If your attorney is successful in proving that the part was defective, the manufacturer will have to provide the compensation.

School buses are supposed to be safer than other modes of travel as far as school children are concerned. However, a number of school bus accidents are reported every year.

If your children happen to be involved in an accident, it is better that you consult a personal injury attorney and file a claim with his/her help.